How to set up a successful internet service-based business. 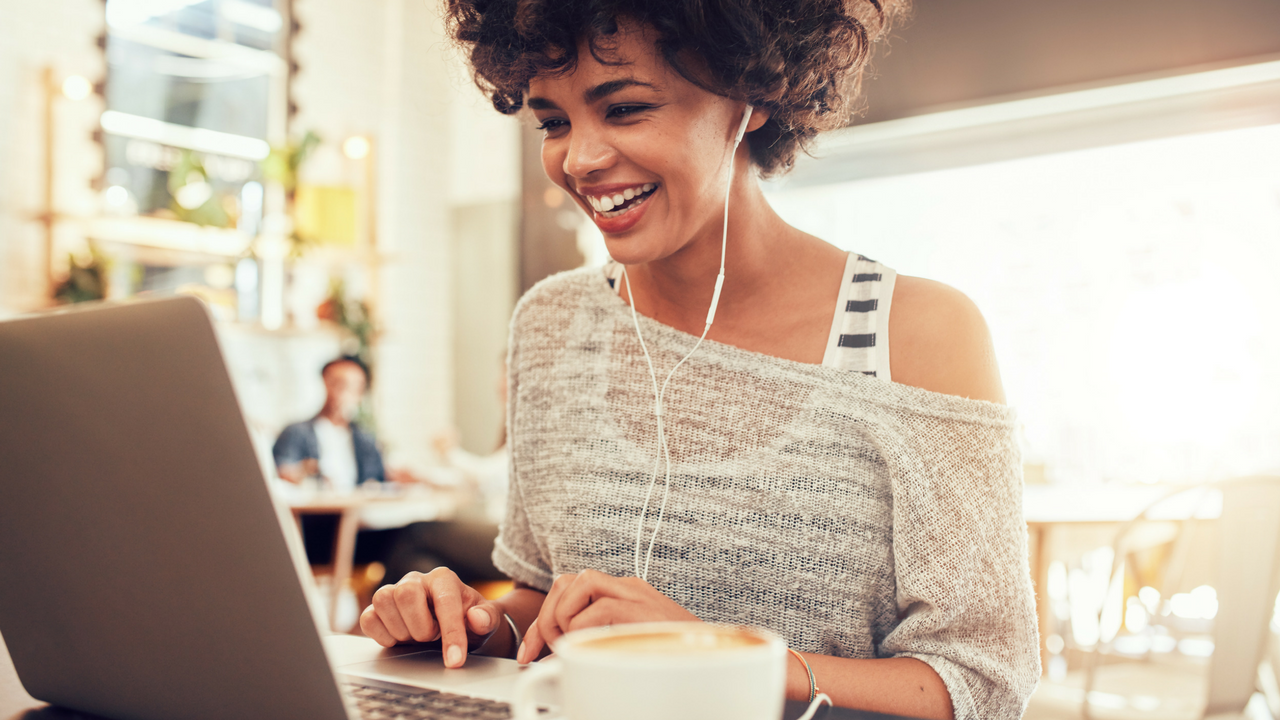 My dad had one room in our house that was his.  And it had a lock on it.

In that room was his computer.

We weren't an outside family.  Or at least, the four of us older ones weren't.

All of us - my dad, mom, me and my brother would keep ourselves busy indoors.  I took every opportunity I could to cuddle up in a corner somewhere and bury my nose and world in a book.  My mom would take care of kids, teach piano lessons and run errands. And he would lock himself in his computer room.

The lock made that room the one room I wanted to be in more than anything.

When the door was open, I'd watch him work.

He coded things.  I have no idea in what language.  The coding wasn't that interesting to me.  What was interesting to me was the feel and sound of those keys.  And the idea that you could create stuff out of them.

He had a few games on there that he would let me and my brother play.  The one with the paddle and the ball that bounced off of it and broke bricks was my favorite.  And Ethan was really into the one where you gave commands to the wizard.

I truly don't know when I got my first computer but fast forward maybe 15-20 years.  I remember distinctly being more than a little in love with it and looking and longing for things to do with it.

It was a heavy thing.  And didn't go very fast.  And I think I mostly word-processed things because I'm truly not sure what we did before the internet.

I wish I could remember my first contact with it because that was the start of having as much to do in a world as one could imagine or conjure up.

And when I started looking at how I could change my life almost 4 years ago from a model that required me to trade my location-bound time for the dollars I needed to run my life, to something that would give me the flexibility to travel anywhere - the internet and my secret wondering of what I could create with that crazy computer machine made what came next pretty natural.

Enter now, and the fact that over the last two days, I started up a new business with two friends.

The only things you need to get started with a new service-based internet business.

That last sentence up there is how easy it is to start a new business in today's world.  An idea can turn into a business in a 10-minute conversation, and within 24 hours, you can have enough infrastructure to start generating revenue.

I'm not claiming that what I write below will be comprehensive.  You may have to add a thing or two.

But most people, when they get a new idea go through two phases:

And then they stop.

When you try to do ducks-in-a-row, it will make you stop.

But if you're willing to have the speed of your reality, let me give you the different possibility:

The thing I look at, and where I always start with every business is this:  What are the bare minimum things I need to get set up to begin generating revenue?

And I do those.

Once you get money coming in, it will become VERY clear where you need to get more ducks in that row, and you can do them then.

To start a new internet-based business with you (and your friends) at the helm, you don't need that much.

In fact, pre-internet, I started my landscape design business with the computer I already had, and a word-of-mouth referral I got from walking into a landscape supply place and chatting with the guy at the counter.

I had nothing set up.

So, let's say you're a little more prepared than I was.  You'll need:

Most of this stuff can be set up in about 24 hours at the max, and you're set up to begin asking people to pay you.

You wanna get that your awareness is your biggest asset.

For example, the business we're creating is a business to expand other people's online businesses.  We're a full-service suite of capacities and facilities, and having run my own now, full time for a couple of years, I'm really, really aware of what it takes to run one successfully.

A business that doesn't look at the future when setting itself up is one that is creating less possibility, not more.

So, as we are all setting up the systems required to create a 10 million dollar generative online revenue creating business tonight, I thought I'd give you a peek into what we're choosing.

When it comes to creating your first cash, start with the low hanging fruit.

How do you know what this is?  You ask: what's my low hanging fruit? Who could I talk to right away that could get this moving?

As soon as you start asking, you start getting awareness of people that you really never would have thought of before.

They'll just start crossing your path, and you'll be talking to them and all of a sudden you'll get that they're part of what you were asking for.

When you're willing to ask, the universe will support you in what you're asking for.

Work with your ADD.

I know that this is random, but it's precisely because it IS random that I wanted to write about it.

While I've been creating systems, I've been writing this blog, setting up my new email account on my computer, talking to Jon about what he's doing on his computer, getting up to stretch, remembering that I have priority things that I'm just going to have to put on my calendar tomorrow to make sure they get done, and on and on and on.

So, you have to support the way that you ARE as you're creating, instead of trying to make yourself into someone you're not.

You're not someone that does a business plan.  Business creates different for you.

You're not a ducks-in-a-row person.  When you try to create business that way, it kills the joy for you.

You are able to create in ways that other people are not and so life is actually easier for you (even if you can't see that now).

As I'm creating systems, I get business ideas.
As I'm creating a new business, I get ideas and have awarenesses of systems that need to be put in the place for the future that isn't here yet.

I also have an intense awareness of the future.

I know it's easy for me to rabbit trail.

I know that it's easy for me to think that something needs to be done right now when really, not so much.

So, I've put in place things that support the way I am, instead of trying to make me work in a system that doesn't work for me.

1. I keep things open on my computer.

And work on them until I work on something else, and then come back to them when I do.

For example, I knew this blog was a sprawling thing, and so I left it open tonight, while I'm setting up password systems and new accounts for the business we don't have yet.

Sometimes that's okay because that thing didn't need to be remembered.  But there have been so many times I've been glad I took the time to capture that thing as it was floating through because even if it was for the future, it was there on a list for me to look at and be aware of.

I keep Evernote open - and a notebook in there that I've called Checklists, and as soon as something occurs to me to do

2.  I put my computer on Do Not Disturb.

That way I don't have to close things or shut them down.  I can just not be disturbed by the constant notifications that come through when you've got bunches of people vying for your attention in different ways all the time.

If I try to beat after one specific idea from top to bottom, having decided that everyone else does that and therefore so should I, I've failed before I've begun.  (by the way, I don't know ONE creative person that does things top to bottom. Writing a song, creating a graphic, a website, a book - are all processes that start wherever they start and get totally rearranged along the way.)

4.  I don't edit things until I really truly don't have anything else to say.

Then I cut and paste shamelessly.  I throw things in front of other things and finally make it into something I would want to read.

If I'm losing my own attention while reading something, I change it.  I have to love reading it.

(See?  Right in the middle of talking about how to use your ADD to your advantage, I've gone off and started talking about writing.)

Welcome to my world. (And yours.)

But your business world will be full of writing.

Copy - for everything
Emails
Blogs
Video blurbs
Texts to teammates (which I originally typed 'teammaters'.  So, those too.)

And doing things.  Lots of things.  Multiple things at the same time.  On a computer.  Which can either be fun or a wicked distraction.

I think the lock on my dad's computer door was one of the best gifts he could have given me.

It made it forbidden.  Which made it a must-have.  And when I look at the life I've been able to create with is crazy little tool, I get all giddy.

If you have the desire to create a service-based business, you've got the first piece what it takes.

If you're willing to ask yourself the questions and take the actions that get it into the world, you've got the second piece of what it takes.

And if you're willing to never give up, never give in and never quit, you've got everything you require to do anything in the whole world.

Everything that you may have thought is wrong with you is a capacity in disguise.

Jump in.
Take only the steps required to get money rolling in.
Go after the low-hanging fruit.

And jump into a pond where everyone is going add to what you know, facilitate you out of your stuck places, and cheer you the fuck on.